..mas sobre Holy Wave...
Being raised for half of our adolescence in a city with the word “beach” in its name, we find it difficult not to reflect on surfing when under the spell of Holy Wave.

But it’s not necessarily the surfing of sport, skill, and tragically-tight corduroy shorts from OP that we’re paddling toward – nor do we believe it to be the destination of Holy Wave, the group of land-locked Texans who find their epic sound-waves to be a part of Austin Psych Fest for two years in a row.

Rather, it’s a sense of spiritual that we reflect upon when sound-surfing on the face of a Holy Wave. It’s a place full of heart and volume, with enough velocity and air pressure present to keep the threat of a total wipe-out real and present, wrapped within the folds of our brain.

Remarkably, Holy Wave keep their sound-waves from cresting and crashing too soon, making for a smooth but crucially loud ride toward enlightenment or fried amplifiers, whichever comes first. On their magnificent recent LP, “Knife Hits,” the band cuts deeply into that sound, offering the listener the sensation of languid levitation.

But to take our typically-tortured surfing analogy even further out to sea, consider “Surfing into Spirituality and a New, Aquatic Nature Religion,” Bron Taylor’s epic essay printed in the Journal of the American Academy of Religion. Taylor makes a compelling case for finding the holy somewhere in the wave. Here, he quotes the author of “The Encyclopedia of Surfing,” who declares:

“When wars and flags and religions and nations and cities and rockets … are gone, there will still be an order of things far beyond the order of power-crazed men. It will be the order of a universe at equilibrium with all natural forces in balance.

And that’s what riding a wave is.” 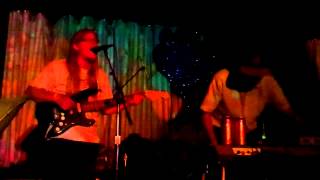 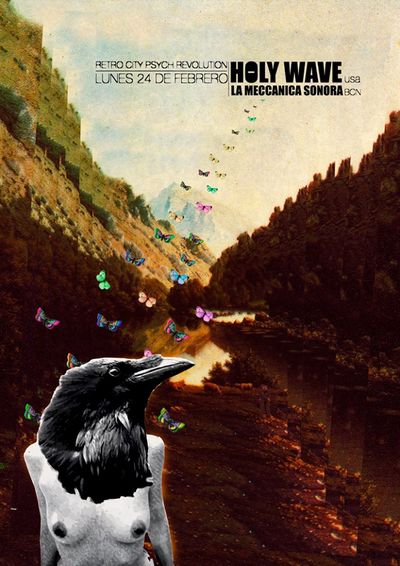